SkyBridge Capital’s Anthony Scaramucci said that Bitcoin’s immaturity as a technical asset precludes it from being considered an inflation hedge.

Speaking on CNBC’s Squawk Box, Scaramucci said the “wallet bandwidth” of bitcoin was still too low at 300 million, even though there was an increase from the 80 million wallets in existence when he first invested. Until you get into the billion or billion-plus wallets, Scaramucci told CNBC anchor Joe Kernen, bitcoin won’t become an inflation hedge.

Weighing in on gold’s pedigree as an inflation hedge, Scaramucci said in an interview with CNBC on Nov. 12, 2021, that he would never discount the precious metal with its 5,500-year history but that bitcoin’s technical properties are far superior. Its scarcity and the fact that it can be moved and stored very cheaply works in bitcoin’s favor. Over an extended period, bitcoin will be “ten times better” than gold, he opined.

Not enough attention being paid to institutional investment

In the hedge-fund billionaire’s opinion, not much attention is paid to high finance firms like BlackRock and Goldman Sachs catalyzing institutional adoption of bitcoin.

BlackRock, the world’s largest asset manager, recently tapped Coinbase to give its clients broader access to crypto assets. It also launched its first spot bitcoin product, a private trust directly tracking the price of bitcoin. According to BlackRock, institutional interest is strong, despite bitcoin falling almost two-thirds from an all-time high of around $69K in Nov. 2021.

This move comes somewhat ironically after CEO Larry Fink famously said in 2017 that bitcoin is only valuable as a measure for money-laundering demand.

Other asset managers, such as U.K. investment conglomerate Abrdn, and Charles Schwab, are also looking to get in the door. Abrdn recently purchased a stake in crypto exchange Archax, while Schwab recently launched a crypto exchange-traded product.

Scaramucci’s SkyBridge Capital pivoted to crypto roughly a year ago. It fell victim to crypto market headwinds in July 2022, announcing the suspension of withdrawals from its $200 million crypto-linked Legion Strategies fund. Investors recently sought to withdraw $890 million from its flagship fund, of which 22% was invested in cryptocurrency by the end of June 2022.

Scaramucci is bullish on crypto in the long-term and said SkyBridge hadn’t sold any of their bitcoin positions as of May 12, 2022, despite the collapse of the TerraUSD stablecoin. 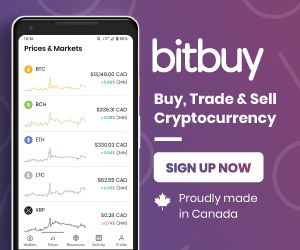